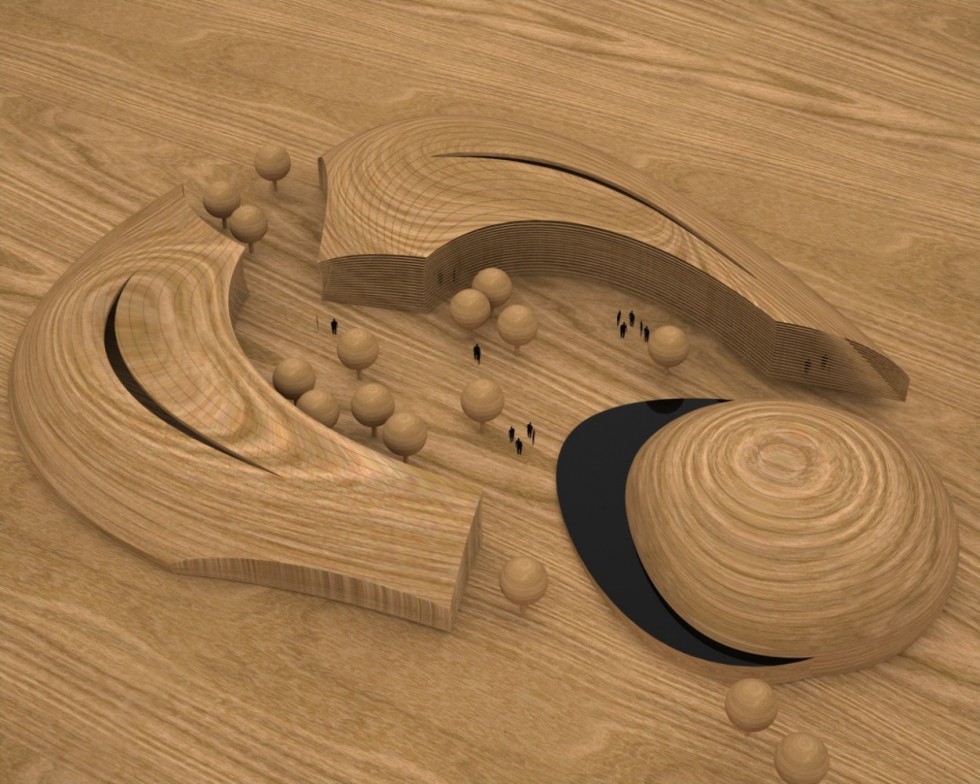 | Location: Rosh Haayin, Israel | Category: New built – culture | Size: 4,500SQM | Status: Suspended due to funding
Located at the very heart of the city, the site is a physical and cultural desert. Determined to act, the municipality chose to reclaim its historic center by introducing three important entities; a new municipal building, The Center for Music and a retail center. All three elements were envisioned as indispensable urban, social, cultural and economic generators with Music serving as a principle force in uniting the various disconnected cultural strands that currently remain hidden within individual living rooms and personal i-tunes libraries. In formulating our vision for the Center for Music we sought more than a response to the complexities of the program and the limitations of the declared budget. The notion of the cloister came to mind; it’s privileged internal garden that inspires contemplation, as well as, the habitual layering of circulation and private spaces. The form and function of the human ear also offer additional possibilities. Its capacity to capture sound and orient the mind seemed to be manifested in the ear’s particular form. Yet ultimately it was the fluidity of sound waves, the power of resonance, the capacity to amplify, the inevitable interaction between sound and space, the intimacy of musical instruments and their capacity to fuse with the human body that served as our principle points of reference. The essence of Music, and arguably Architecture, is revealed through the power of our associations and our sensory experiences. They are at the foundation of Rosh Haayin’s Center of Music and our efforts to transform the ephemeral into the concrete. In spite of the declared budget, the Municipality ultimately found itself unable to commit the required funds for the preliminary stages resulting in the suspension of the project.