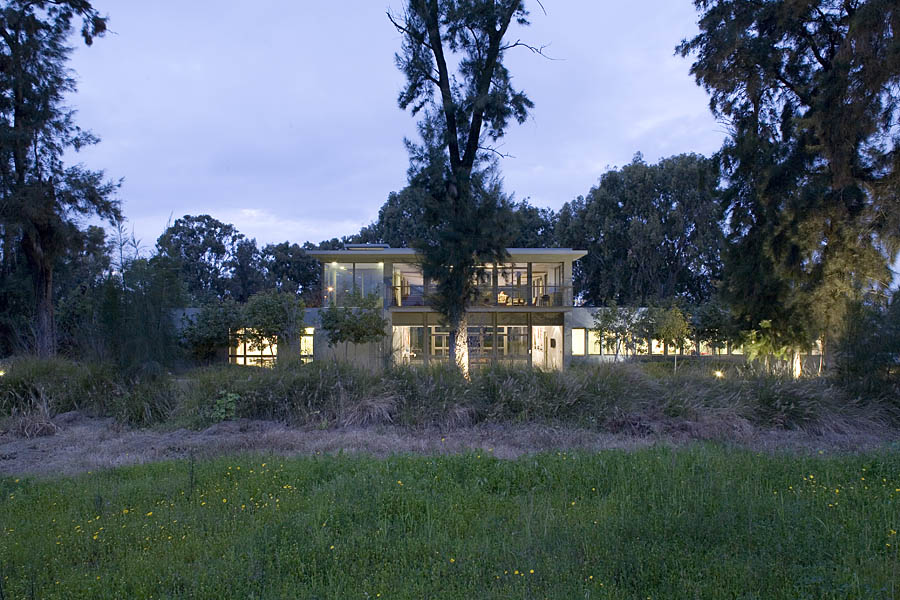 | Location: Beit Yehoshua | Category: Urban plan & mostly new built – public building | Size: 6,700SQM | Status: Phase | phase completed in 2003
Zionism 2000 is the first step in the realization of the vision of Roni Duek to establish a campus of alternative, non-religious, bi-partisan non-profit organizations dedicated to the improvement of Israeli civil society. The urban plan envisioned a series of buildings that encase a communal garden. Set within the historically agricultural community of Beit Yehoshua, the campus attempts to escape the traditional impersonality of many public buildings and to adopt a scale that reflects its surroundings. The Zionism 2000 is a substantially redesigned and reconstructed of a typical, concrete “Mifal Hapais” gymnasium from the 1960’s that had been abandoned.